Science communicators can choose to celebrate June 2015 in Nancy, France and acquaint themselves with the latest and greatest in communication at the Science & You conference being held from June 1 – 6, 2015. Here’s the conference teaser being offered by the organizers,

The 2015 conference home page (ETA May 5, 2015 1045 hours PDT: the home page features change) offers this sampling of the workshops on offer,

No less than 180 communicators will be lined up to hold workshop sessions, from the 2nd to the 5th June in Nancy’s Centre Prouvé. In the meantime, here is an exclusive peek at some of the main themes which will be covered:

– Science communication and journalism. Abdellatif Bensfia will focus on the state of science communication in a country where major social changes are playing out, Morocco, while Olivier Monod will be speaking about “Chercheurs d’actu” (News Researchers), a system linking science with the news. Finally, Matthieu Ravaud and Fabrice Impériali from the CNRS (Centre National de Recherche Scientifique) will be presenting “CNRS Le journal”, the new on-line media for the general public.

– Using animals in biomedical research. This round-table, chaired by Victor Demaria-Pesce, from the Groupement Interprofessionnel de Réflexion et de Communication sur la Recherche (Gircor) will provide an opportunity to spotlight one of society’s great debates: the use of animals in research. Different actors working in biomedical research will present their point of view on the subject, and the results of an analysis of public perception of animal experimentation will be presented. What are the norms in this field? What are the living conditions of the animals in laboratories? How is this research to be made legitimate? This session will centre on all these questions.

– Science communication and the arts. This session will cover questions such as the relational interfaces between art and science, with in particular the presentation of “Pulse Project” with Michelle Lewis-King, and the Semaine du Cerveau (Brain Week) in Grenoble (Isabelle Le Brun).
Music will also be there with the talk by Milla Karvonen from the University of Oulu, who will be speaking about the interaction between science and music, while Philippe Berthelot will talk about the art of telling the story of science as a communication tool.

– Science on television. This workshop will also be in the form of a round table, with representatives from TVV (Vigyan Prasar, Inde), and Irene Lapuente (La Mandarina de Newton), Mico Tatalovic and Elizabeth Vidal (University of Cordoba), discussing how the world of science is represented on a mass media like television. Many questions will be debated, as for example the changing image of science on television, its historical context, or again, the impact these programmes have on audiences’ perceptions of science.

To learn more, you will find the detailed list of all the workshops and plenaries in the provisional programme on-line.

Science & You seems to be an ‘umbrella brand’ for the “Journées Hubert Curien” conference with plenaries and workshops and the “Science and Culture” forum, which may explain the variety of dates (June 1 – 6, June 2 – 5, and June 2 – 6) on the Science & You home page.

Here’s information about the Science & You organizers and more conference dates (from the Patrons page),

At the invitation of the President of the Université de Lorraine, the professors Etienne Klein, Cédric Villani and Brigitte Kieffer accepted to endorse Science & You. It is an honour to be able to associate them with this major event in science communication, in which they are particularly involved. 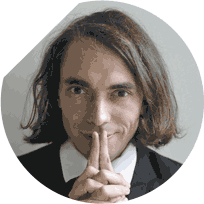 Cédric Villani is a French mathematician, the Director of the Institut Henri Poincaré and a professor at the Université Claude Bernard Lyon 1.
His main research interests are in kinetic theory (Boltzmann and Vlasov equations and their variants), and optimal transport and its applications (Monge equation).
He has received several national and international awards for his research, in particular the Fields Medal, which he received from the hands of the President of India at the 2010 International Congress of Mathematicians in Hyderabad (India). Since then he has played the role of spokesperson for the French mathematical community in media and political circles.
Cédric Villani regularly invests in science communication aiming at various audiences: conferences in schools, public conferences in France and abroad, regular participation in broadcasts and current affairs programmes and in science festivals. 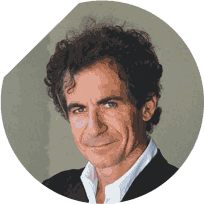 Etienne Klein is a French physicist, Director of Research at the CEA (Commissariat à l’énergie atomique et aux énergies alternatives – Alternative Energies and Atomic Energy Commission) and has a Ph.D. in philosophy of science. He teaches at the Ecole Centrale in Paris and is head of the Laboratoire de Recherche sur les Sciences de la Matière (LARSIM) at the CEA.

He has taken part in several major projects, such as developing a method of isotope separation involving the use of lasers, and the study of a particle accelerator with superconducting cavities. He was involved in the design of the Large Hadron Collider (LHC) at CERN.
He taught quantum physics and particle physics at Ecole Centrale in Paris for several years and currently teaches philosophy of science. He is a specialist on time in physics and is the author of a number of essays.
He is also a member of the OPECST (Conseil de l’Office parlementaire d’évaluation des choix scientifiques et technologiques – Parliamentary Office for the Evaluation of Scientific and Technological Choices), of the French Academy of Technologies, and of the Conseil d’Orientation (Advisory Board) of the Institut Diderot.
Until June 2014, he presented a weekly radio chronicle, Le Monde selon Etienne Klein, on the French national radio France Culture. 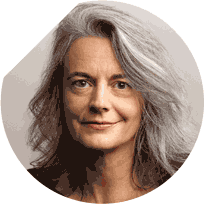 B. L. Kieffer is Professor at McGill University and at the Université de Strasbourg France. She is also Visiting Professor at UCLA (Los Angeles, USA). She develops her research activity at IGBMC, one of the leading European centres of biomedical research. She is recipient of the Jules Martin (French Academy of Science, 2001) and the Lounsbery (French and US Academies of Science, 2004) Awards, and has become an EMBO Member in 2009.
In 2012 she received the Lamonica Award of Neurology (French Academy of Science) and was nominated Chevalier de la Légion d’honneur. In December 2013 she was elected as a member of the French Academy of Sciences.
In March 2014, she received the International L’OREAL-UNESCO Award for Women in Science (European Laureate). She started as the Scientific Director of the Douglas Hospital Research Centre, affiliated to McGill University in January 2014, and remains Professor at the University of Strasbourg, France.

Here’s more about the conference at the heart of Science & You (from The Journées Hubert Curien International Conference webpage),

Following on the 2012 conference, this project will bring together all those interested in science communication: researchers, PhD students, science communicators, journalists, professionals from associations and museums, business leaders, politicians… A high-level scientific committee has been set up for this international conference, chaired by Professor Joëlle Le Marec, University of Paris 7, and counting among its members leading figures in science communication such as Bernard Schiele (Canada) or Hester du Plessis (South Africa).

The JHC Conference will take place from June 2nd to 6th at the Centre Prouvé, Nancy. These four days will be dedicated to a various programme of plenary conferences and workshops on the theme of science communication today and tomorrow.

You can find the Registration webpage here where you can get more information about the process and access the registration form.