I have several bits of news, mostly about upcoming event. Tour bits pertaining to the upcoming Canadian Science Policy Conference, one bit about science rapper, Baba Brinkman and his new album (and some of his upcoming events), and one bit about Art The Science.

The 2017 Canadian Science Policy Conference (CSPC) takes place Nov. 1 – 3, 2017 in Ottawa and in the last couple of weeks there have been a number of announcements meant to entice procrastinators or the easily distracted or the somewhat reluctant to register.

For anyone who’d like more information, I posted about Dr. Nemer’s appointment in a Sept. 26, 2017 piece.

CSPC 2017 is pleased to announce that the Minister of Science, Honourable Kirsty Duncan, will be the guest of the keynote session and will address the delegates on the evening of Thursday, November 2 [2017], after the networking reception. Minister Duncan will also be attending the Evening of Celebration and Inspiration on November 1 and will present the Youth Award of Excellence in Science Policy.

CSPC 2017 is pleased to announce that Her Excellency, the Right Honourable Julie Payette [former astronaut], the Governor General of Canada, will deliver remarks at the Evening of Celebration and Inspiration on Wednesday, November 1 [2017].

Join us to celebrate 150 Years of Achievement in Canadian Science at the CSPC 2017 Evening of Celebration and Inspiration. There will be a networking reception at 4:30 PM open to all conference delegates.

The Evening of Celebration and Inspiration will begin at 5:30 PM and is open to all conference delegates who have RSVP’d specifically for the Evening.

Highlights of the evening will include:

(4) Somehow I stumbled across this Oct. 6, 2017 announcement/editorial by Alan Shapiro about his Science Slam workshop at the 2017 CSPC,

A recent poll commissioned by the Ontario Science Centre paints an alarming picture of the public perception of science in Canada (http://www.cbc.ca/beta/news/technology/science-attitudes-survey-2017-1.4298800). 43 percent of Canadians believe that scientific findings are a matter of opinion, while 66 percent agree that false information reported as fact (‘fake news’) is affecting their knowledge of science. The poll does present a silver lining, however. 82 percent of Canadians would like to know more about science and how it affects our world.

For me as a science communicator, these results are both a source of worry and an opportunity. At its core, they speak both to the disconnect between Canadian scientific institutions and the public and to the decreasing value of information in the age of post-truth. In that context, my mission as a science communicator is to facilitate a conversation between science and society to engage the public in Canadian science.

When Nikki Berreth and I founded Science Slam Canada in Vancouver in 2016, we hoped it would offer a new way to make science personal, relatable, and accessible. The speed and energy with which it grew was something we couldn’t have predicted. In the span of a year, it evolved from a fun side project into a multi-city network hosting a range of events and enabling scientists to better connect with their communities.

So what exactly is a science slam? Based on the format of a poetry slam, a science slam is a competition that allows a range of scientific knowledge holders, including researchers, students, and educators to share their science with a general audience. Competitors have five minutes to present on any science topic and are judged based on communication skills, audience engagement, and scientific accuracy. Use of a projector or slideshow is not allowed, but props and creative presentation styles are encouraged.

The slam format provides an informal medium for the public and the scientific community to connect with and learn from each other. Science slams generally take place in bars, cafes, or theaters, which remove scientists from their traditional lecture environments. The lack of projector also takes away a common presentation ‘crutch’ and forces competitors to engage with their audience more directly.

Competitors and judges are chosen through a selection process designed to support diversity and maximize the benefit to speakers and the audience. Past speakers have ranged from students and researchers to educators and actors. Judges have included professors, media personalities, comedians and improvisers. And since the event is as much about the audience as about the speakers, spectators are asked to vote for their favourite speaker.

As moderators for the CSPC 2017 Science Slam workshop, Nikki Berreth and I are excited to give a voice to the local science community. The slam will showcase young scientists and science communicators from the Ottawa area, including graduate students, undergraduate students, and government scientists sharing topics from the treatment of brain cancer to the use of drones for enhancement of wireless connectivity. We promise you an action-packed workshop, an engaging learning experience, and an interactive discussion about science communication in Canada.

There is apparently a Science Slam Canada group of some kind. They had a super slam in May 2017 which was the culmination of a year of science slam events in Vancouver. You can find their Youtube channel here.

Alan Shapiro who is listed as a science communicator and co-founder of both Canada Science Slam and a business, LitScientist, has a science background. Another science communicator who appears to have never taken any training in communication? It puts me in mind of a favourite story about Canadian literary great, Margaret Atwood. Most likely it’s apocryphal but anyone whose heard one of her earlier interviews (she seems to have mellowed in the last few years) can hear her voice. As the story goes, there was a dinner at a tony (upper crust) home in Toronto where Atwood was seated beside a brain surgeon who turned to her exclaiming at his good luck. He was retiring and wanted her advice as he intended to take up writing in his sunset years. Atwood turned to him and agreed it was great good luck as she too was retiring and now intended to take up brain surgery.

It’s lovely to see people get involved in science communication but the field does require discipline, skill, training, and practice. It’s possible Shapiro is a ‘natural’ but even naturals need to work at it eventually.

Baba Brinkman and his consciousness rap

The Rap Guide to Consciousness was released on Oct. 13, 2017 according to an announcement received from rapper Baba Brinkman via email,

Today is the day The Rap Guide to Consciousness hits digital stores, which means if you haven’t heard it yet I encourage you to give the record a listen, and if you’re in a “supporting independent artists” kind of mood, perhaps even pay to download it. But whether you pay or not, please write a review on iTunes or Amazon, where the opinions of others go a long way towards convincing people to give it a chance. Or write me an email reply telling me what you think, and I’ll write back and try to persuade you to post your thoughts online if they are complimentary. Ah, the glorious interplay of human consciousness!

Speaking of consciousness, here’s a thought experiment about what it would be like to live without it, a new music video for one of the songs on the mew album: Zombie. The thought experiment works like this: listen to the rap as I describe the details of what a Zombie is like, and if you think you can imagine what I’m describing, some philosophers think this feat of imagination counts as evidence against a strictly material basis of consciousness. I confess that I can’t imagine what I’m describing in the song, just as I can’t imagine (but can describe) a perfect circle with four corners, but I’m interested to know if you can. Here’s a link to the video [Note:  the video is embedded below this notice].

I also continue to tour and perform the show. Here’s a video of a recent event at YouTube Studios here in New York, the 25th anniversary of Skeptic Magazine, featuring Michael Shermer and Deepak Chopra discussing contrasting views of consciousness, and me rapping about it.

And I have upcoming gigs in New York, Edinburgh, and Brighton, UK, if you are in or near any of those cities.

Wish me luck with the latest release, and thanks as always for following my saga,

The zombie philosopher seems particularly à propos given that Hallowe’en is coming up shortly.

You can purchase Brinkman’s albums including the Rap Guide to Consciousness from his website.

Thanks to Science Borealis, the Canadian science blog aggregator, I stumbled across something called Art The Science. From their About page: What We Do,

We facilitate cross-disciplinary relationships between artists and scientists to foster Canadian science-art [also known as art/sci and/or art/science] culture.

We advance scientific knowledge communication to benefit the public.

How We Achieve It 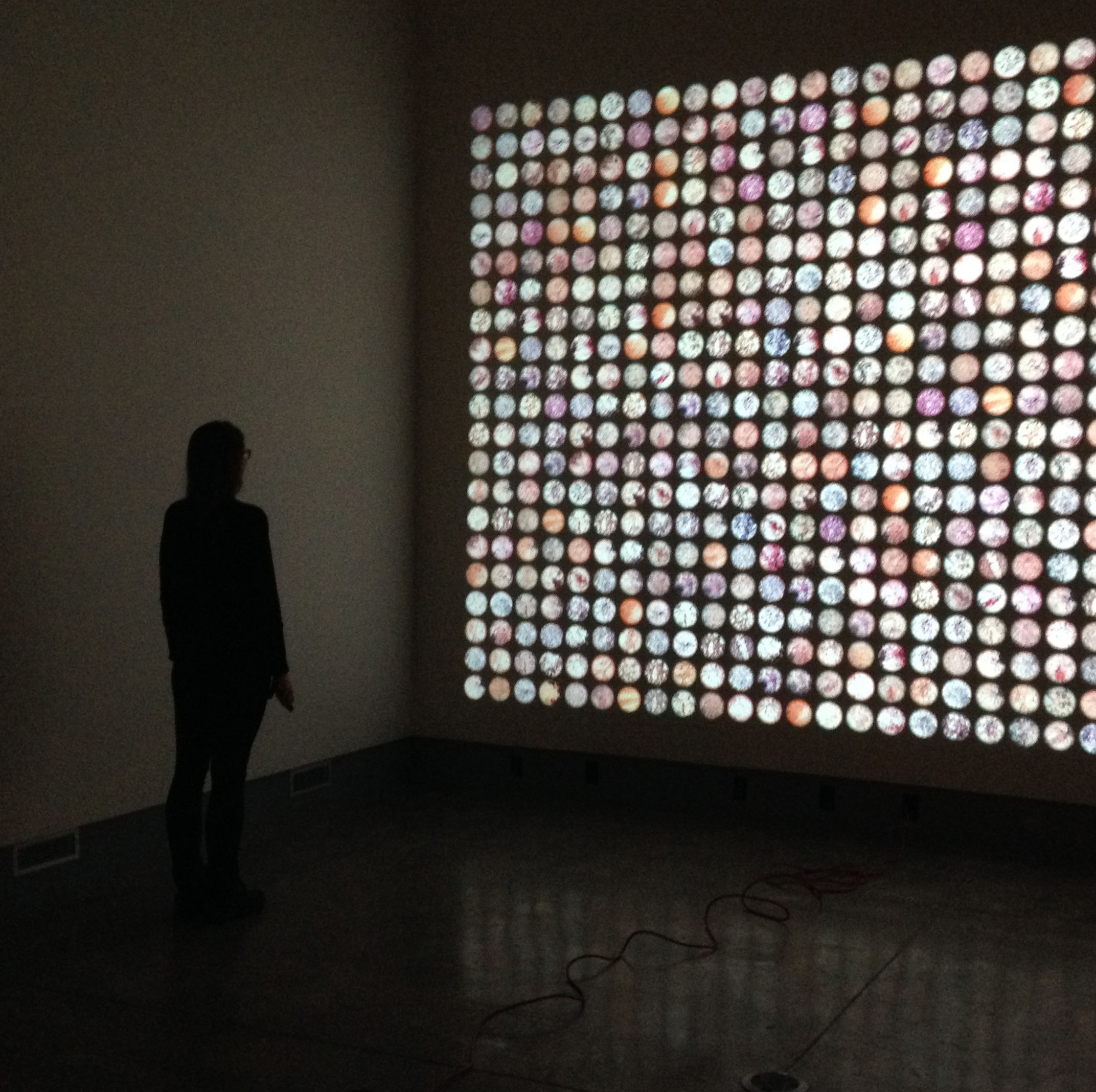 We facilitate artist residencies in scientific research laboratories across Canada. 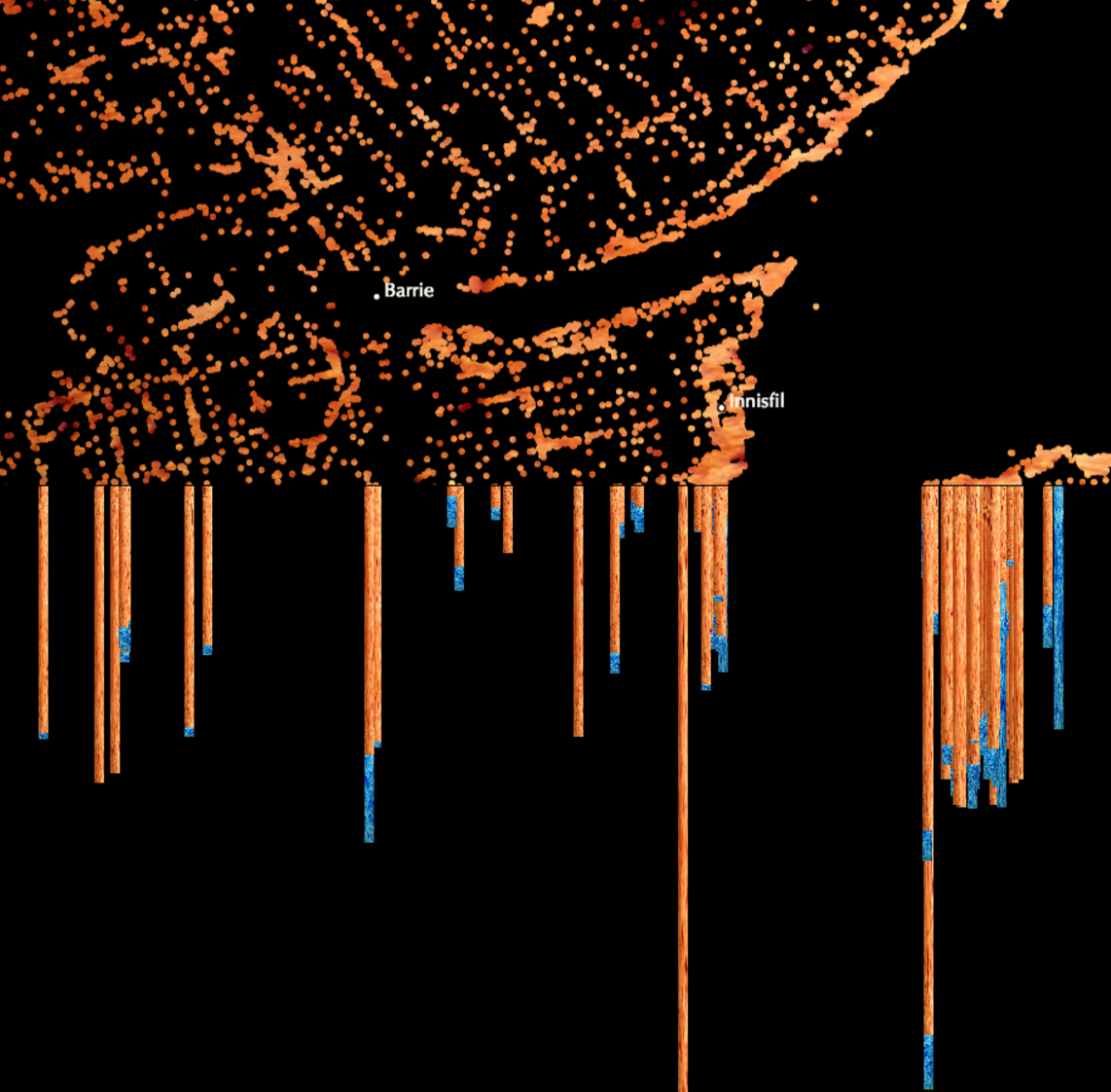 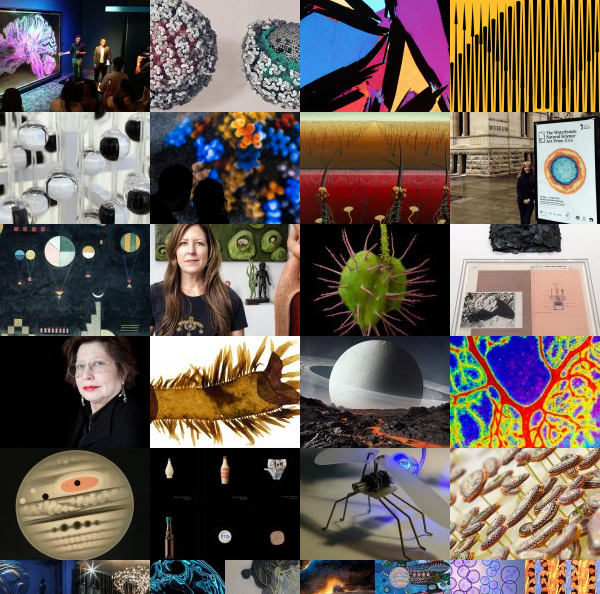 We chronicle science-art and its cutting edge creators in Canada and around the world.

Hopefully, at least one of these events is at a time and in a location that’s convenient to you.